Who are you? Where are you based?
My name is Celia Perez. I’m a mom, writer, and librarian based in Chicago. 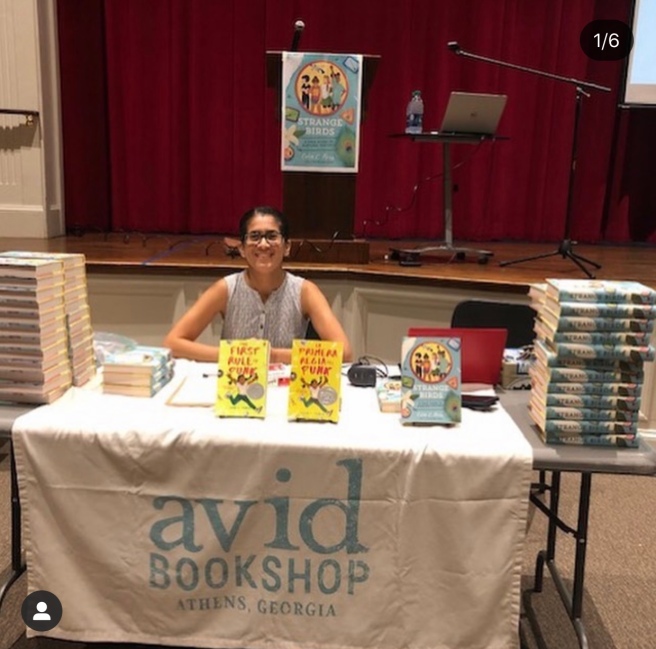 What are zines to you?
Zines are a medium for self-expression and voice, handmade publications created by individuals about anything and everything under the sun!

What was your first encounter with zines?
My first encounter with zines was through a column in a (long defunct) magazine called Sassy. They would feature a zine every month. This was in the late 80s / early 90s. I ordered a few zines they wrote about in their column. A few years later I found a fanzine that was published by a local record label in the town I’d moved to for college. It was mostly interviews with bands and short funny pieces and reviews. These were my earliest encounters with zines.

Tell me about your zines. What kind of zines do you make?
I haven’t made zines in a little while (with the exception of the ones I made for my book), but in the past, I mostly made personal zines. I’ve made a few topic-specific zines over the years on random stuff of interest to me at any given time.

What inspires you to create zines?
I started making zines because I liked the idea of being able to publish my own work, to write about whatever I wanted to write about. It was also a way to connect with other like-minded people. And it was fun. I liked the process of making something to share with others.

What’s your favorite thing about zines?
I like that there are no rules to making them, nothing that dictates how they should look, what they should contain, who can make them. I really like working with my hands, so it’s nice to go through the physical process of creating something from start to finish. I also like that they don’t require any kind of special skills, supplies, or equipment. Almost anyone can make them.

Do you recall your first zine ever, what was it about and what inspired you to create it?
I do! It was a personal zine that I made after a close friend graduated and left our little college town! It was a way for me to write about what was going on and stay in touch with her. I think I only made less than five copies of that zine. It was a few sheets of letter-size paper with a staple at one corner. A collage cover, some essay-type writings, some reviews. I was inspired by my friend’s move, but also by reading my first perzine (a zine titled America? by Travis Fristoe). Up until then, I’d mostly read what would be considered fanzines, and it was the first time I read a zine where someone was writing about their own life. I really connected with the format.

Tell me a little about your zine-making process.
It’s very messy in that despite having made zines for so many years I still sometimes goof up on layout/pagination. I’m terrible with margins. Haha. I used to type my text on a computer, but the zines I made over the last ten years or so have been handwritten. I find it easier to do this because it allows me to work on them anywhere and anytime. I write straight onto the flat that will be copied. I also started drawing more in those zines instead of relying solely on clip art. I usually have an idea of the topics I want to write about, but sometimes I don’t and just write about whatever is happening. It’s been about six years maybe since I made a zine (again, not counting the ones for the book), but I can’t imagine my process would change if I were to make one again.

What do you hope people get out of your zines?
I like the idea of zines as a way to connect people. I like reading a zine and feeling like I have a good sense of who that person is like I’ve learned something new about the world, how people live and think. I don’t know if I ever made zines with the hope that people would get something specific from them, but I like the idea that anyone who feels the same way about zines as I do would find something in my zines they can connect with.

Name two of your favorite zinesters.
This is tough because I haven’t really kept up with new zines coming out in a while so I think most people I consider favorites aren’t making zines anymore. Keep in mind that I started making zines in 1994? 1995?

Do you have any advice for new zinesters?
Don’t worry about being right or wrong when you’re making a zine because there is no right or wrong. Make zines about whatever interests you, in the way that fits your style and comes naturally to you. And have fun!

Is there a zine website or resource you would recommend new zinesters to check out?
One of my best friends who I met in library school, Jenna Freedman, started the zine library at Barnard College! It’s a great resource and super well maintained and cared for. Check it out at https://zines.barnard.edu/

Celia C. Perez has published two books:
“THE FIRST RULE OF PUNK,” where you can check out some of her Zine work 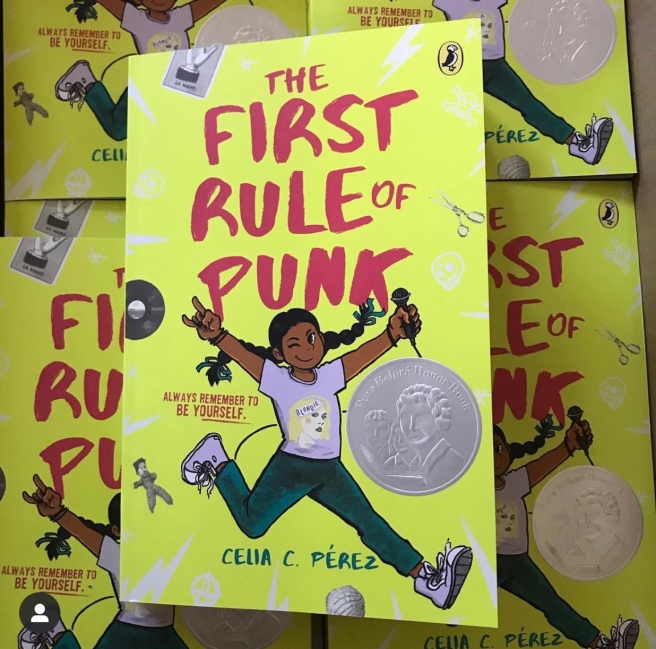 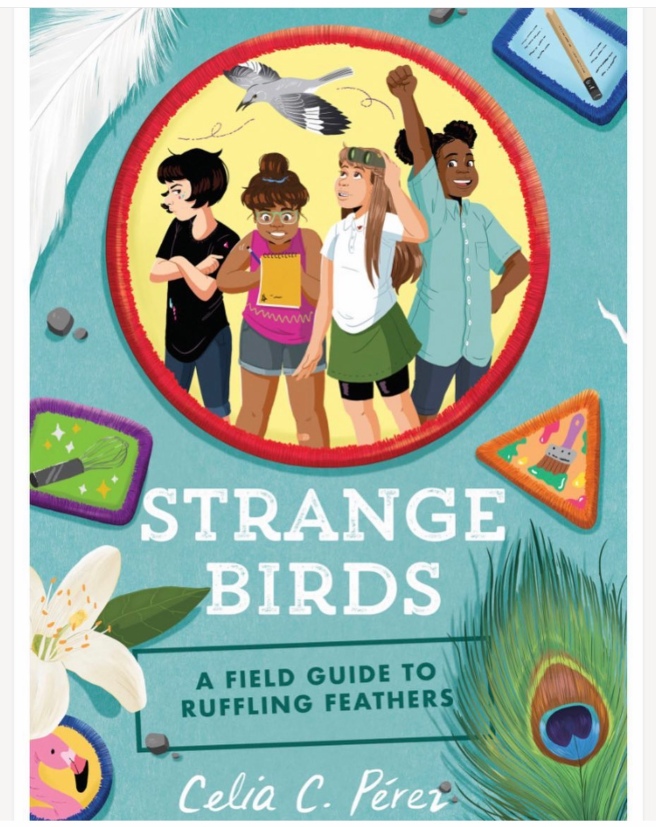 What kind of topics did you cover in your zines?
I mostly wrote perzines so I wrote about whatever was happening in my world. I wrote about daily life, about books I was reading, about things I was into at the moment, about my family and childhood memories, about being a child of immigrants, about not fitting in, about being a mom, about Chicago and about the things I saw while riding public transportation. Really about anything that was on my mind at the time I was writing an issue.

Can you name a favorite zinester you loved reading back in 1994/1995?
I mostly enjoyed reading perzines. I loved how relatable and personal they felt–like letters from friends. One of my favorites going that far back was Travis Fristoe’s America?

I know you’ve written books. What would you say is the major difference in making a zine and writing a book?
It’s a pretty different process though when I think about it, there are a lot of similarities too. I think for both there is some amount of writing it for yourself, but also being aware that there will be an audience. Both go through some kind of editorial process–a little more hardcore (at least for me) when it comes to writing a book versus making a zine. My zine-making doesn’t involve revision–most things that end up in a zine are there on the first round of writing. I think the major difference is that a zine doesn’t have the, I don’t know, I guess the financial expectations that a book has.

If you had to pick, which process do you like better, making a zine or writing a book?
I can’t pick–haha. I like them both for different reasons–they both present challenges, and they’re both rewarding, It’s the non-answer answer!

Do you think bringing zines into a classroom setting is a good idea? why or why not?
It’s a great idea. Zines allow for individual flexibility and creativity. I think one of the appealing things about zines is that individuals get to publish their own work. There’s satisfaction in creating something by hand, and in the end, having a publication to share. They can be as simple or as complicated as the individual making them wishes. They don’t require many materials. They’re really accessible which is why they even exist. It’s a format used by groups and individuals who didn’t have the access or means to publish elsewhere.